A Brief History of Septic Tanks

And thou shalt have a shovel amongst thy weapons, and it shall be, when thou sittest down abroad, thou shalt dig therewith, and shalt turn back and cover that which is come from thee. Deuteronomy 23:13

There you have it, the basic sewage disposal system. Dig a hole and bury it, like a cat. I used to have an Irish cat but it had a poo and buried itself. Anyway, onto the origins of septic tanks. Prior to us “digging a hole” our very early ancestors used a form of waste disposal consisting of a biological treatment via land application (we shat on the grass). This was fine for the moving tribes and nomads, there was loads of space and the chances of you treading in someone else’s were slim and even if you did the chances of you being bothered were slimmer but as soon as basic societies were formed we needed another way. A more civilised way. 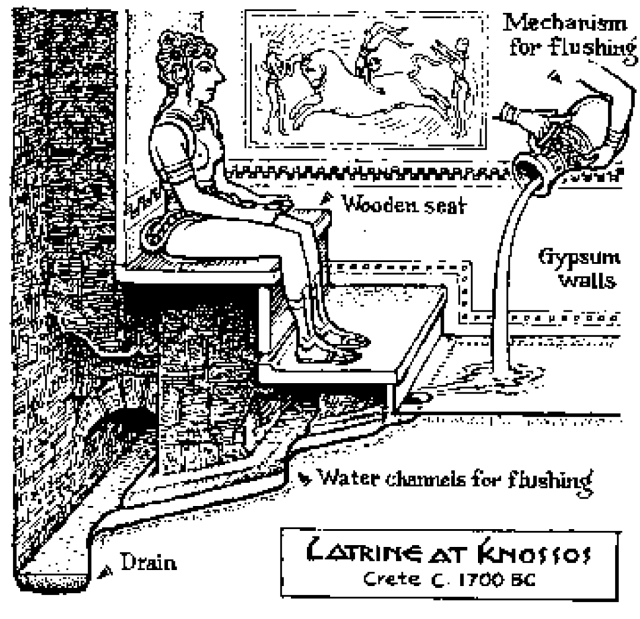 We all know of the Greeks, in particular Knossos and its complex engineering systems but earlier evidence of drainage and cesspools can be dated back to Lothal, India at around 3700 BCE. Effective waste management in India was probably born from necessity, if their local cuisine had the same effect on them as it does me. After the Greeks (and the Indians) came the Romans. 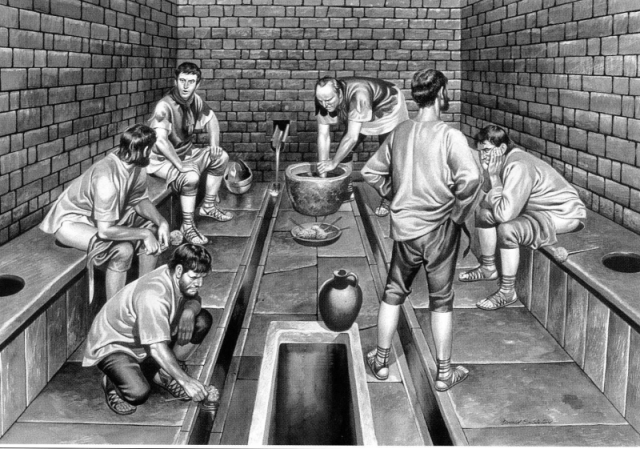 There is early Roman Law relating to ones waste, not directly relating to septic tanks or cesspools but still it shows they had a concern for the management of sewage. Laws governing chamber pots (500 BC) specifically relate to fines and damages being paid to the injured party if they are caught by a “missile of mirth”. A common problem if you live next door to someone without a cesspool who finds it funny to just throw his crap at you.

Romans did start to use cesspools for human waste. They were frequently constructed under the floors of buildings. When the Emperor of the Holy Roman Empire held a party in the Palace of Efurt, the floor of the main hall broke; many of the dinner guests fell into the cesspool and drowned; luckily, the Emperor survived. Not so lucky for the builder though I guess.

The middle ages seen a big step backwards in waste management. After the fall of the Roman Empire urban societies began to leave their urban homes and move back to a more rural way of life and more “traditional” disposal methods. Mrs. Pants: But what about the privies?

Blackadder: Um, well, what we are talking about in privy terms is the latest in front wall fresh air orifices combined with a wide capacity gutter installation below.

Mrs. Pants: You mean you crap out the window?

As for the more affluent, their effluent flew out also. If you had a Castle though your poop didn’t just hit the street, you got your own moat to fill. 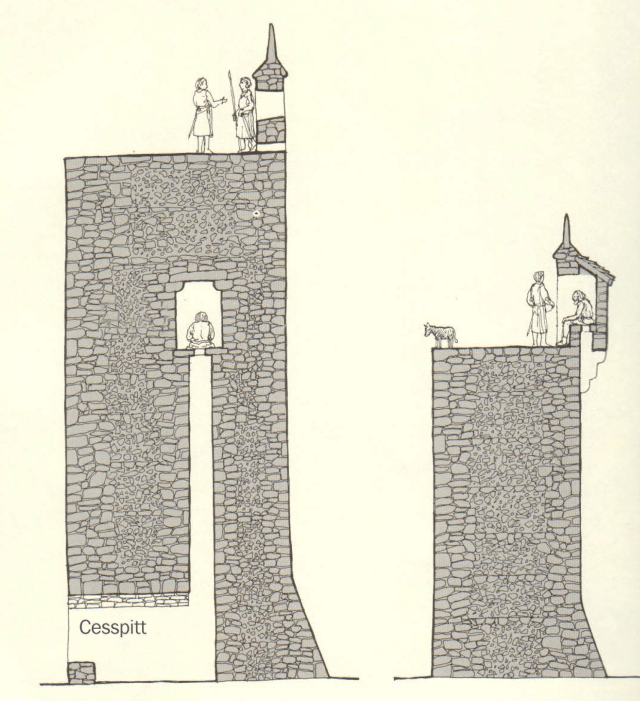 This is a great way of keeping the peasants out, surround your home with an impenetrable ditch of filth. In my youthful experience though people from Bedworth still used to get over the River Anker into Nuneaton at weekends. In all seriousness though those were times of disease, illness, poverty and poor education (usually culminating in 2 for 1 drinks at Madison’s nightclub).

A Law of King Richard II (circa 1800) Statuto quo nul ject dung – “No-one is to dump dung” coincidentally relates specifically to the disposal of a King Richard III. The later Public Health Act 0f 1848 (England) states that every house shall have a sanitary method for sewage disposal from the toilet and in most cases a cess pit was used. Usually cess pits and cesspools are considered to be the same but actually a cess pit does allow percolation to ground. Cess pits (the ones that percolate) were common throughout Europe but due to increasing population of Paris in particular, cesspools (which do not let any effluent escape) were encouraged. Pollution was still rife though as it was common for unscrupulous plumbers to connect cess pits and cesspools to rivers. It still is! 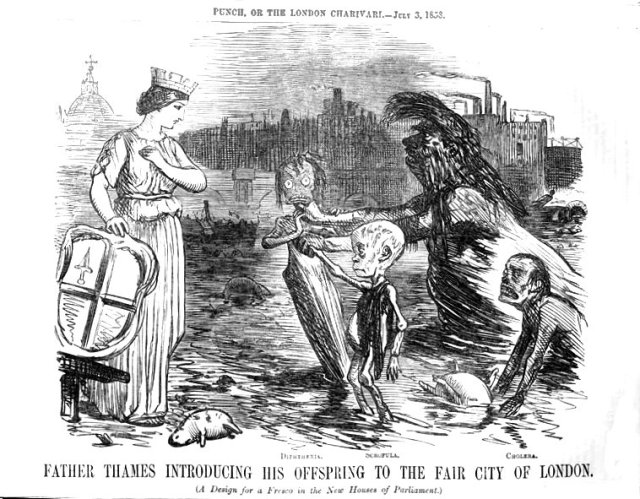 Back in London a typical house had an outdoor privy which drained into a cesspool. These cesspools, which often served communal facilities began to acquire a bad reputation. Foul smelling pits which seeped into gardens, basements and watercourses were an annoyance to the growing middle classes as well as being associated with generating disease. Wealthy owners would pay for cesspools to be emptied regularly by “nightmen”. Nightmen gained their name from the fact that the emptying process was legally restricted to the hours of darkness. They would simply shovel and bucket out the waste, load it onto an awaiting horse and cart to be tipped at another (out of town) location. If you have traced you family history and discovered a distant relative was a “cheeky cockney chimney sweep” or “carman” the chances are he was fibbing. He was probably a nightman. 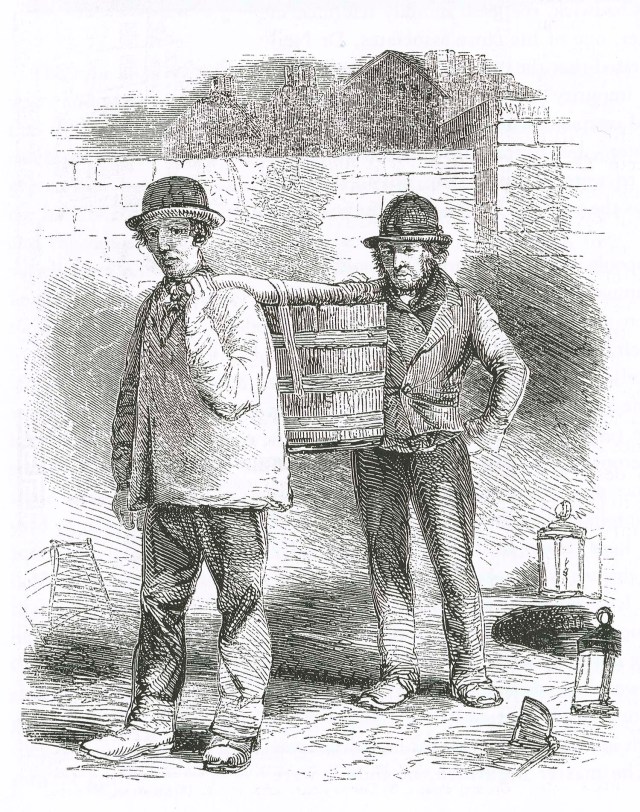 The first septic tank is believed to have originated in France and is credited to Jean-louis Mouras. The British did try and take some credit by announcing the inventor as John but no, it was Jean. It is believed to have been invented around 1860 by accident (if he had been British it would have been on purpose). Mouras designed a tank on a whim that he believed that the sewage would be better stored then discharged rather than discharged straight away. Ten years after constructing his tank and soakaway design he dismantled the tank and much to his astonishment it was nearly free from solids and only left with a small scum layer. He requested the help of Abbe Moigno, a priest-come-scientist of the time and patented his invention in 1881. It subsequently found its way to the USA in 1883 and was introduced to England and the rest of the world shortly after by the British military. 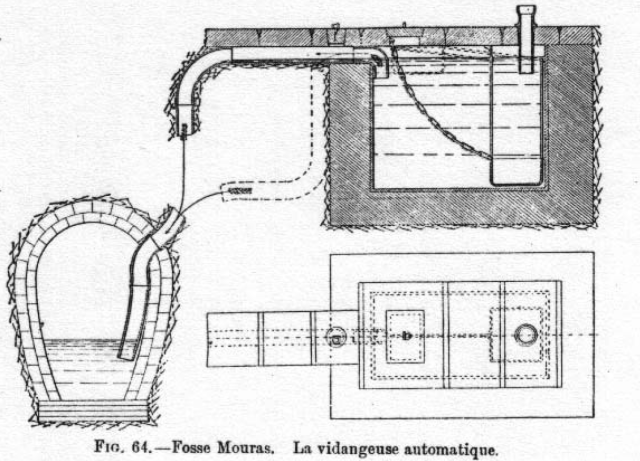 Early designs of septic tanks spread throughout the USA, Europe and Africa gradually fine-tuning the process and becoming more recognisable to the septic tanks we know today. 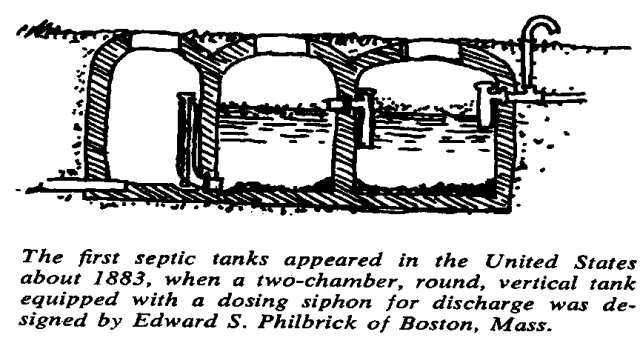 The USA in particular were and still are very influential in the development of off-mains drainage. What’s the cockney rhyming slang for a Yank? Correct, “A septic tank”. Surely it can’t just be a coincidence can it? Americans were installing septic systems and drainage fields to a very high standard as early as the 1920’s and when you look at the designs they are very similar to our British Standards today (BS6297:2007). Septic system design from US circa 1920

There does not appear to have been a UK standard for cesspools until the late 1940s. The post-war government felt that while the use of cesspools was not considered good practice, it was recognized that it was the only practical method of dealing with sewerage in some areas, possibly as a result of damage caused by the war. A British standard for septic tanks did not appear until 1956 in the form of CP 302.100 Small Domestic Sewage Treatment Works.  Interestingly, a “septic tank” was regarded as a “cesspool” within the meanings of the Public Health Act 1936 at that time.

In Britain, the 1956 Code of Practice was revised to become CP 302:1972, and included coverage of settlement tables, installations, treatment of sewage by aeration and removal of solids from secondary effluent. These codes of practices had a few revisions until they were replaced by the one standard in 1983 – BS 6297 Design and Installation of Small Sewage Treatment Works and Cesspools.  BS 6297 was revised in 2007 to cover holiday parks and to include designs of the drainage fields used today.

Modern septic tanks come in a variety of shapes and sizes now with many different manufacturers. Modern tanks are made from plastic or fibreglass but that doesn’t mean that traditional brick built and concrete formed tanks are any less effective. Its all about the basic process. 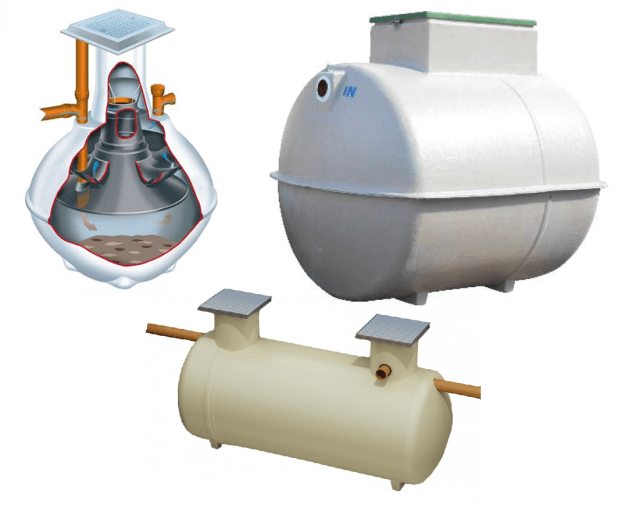 So we conclude our brief history of septic tanks, I hope you enjoyed!

DJ Wilkinson is a contracting firm that works with companies of all shapes and sizes in order to provide actionable solutions to their environmental and drainage problems. 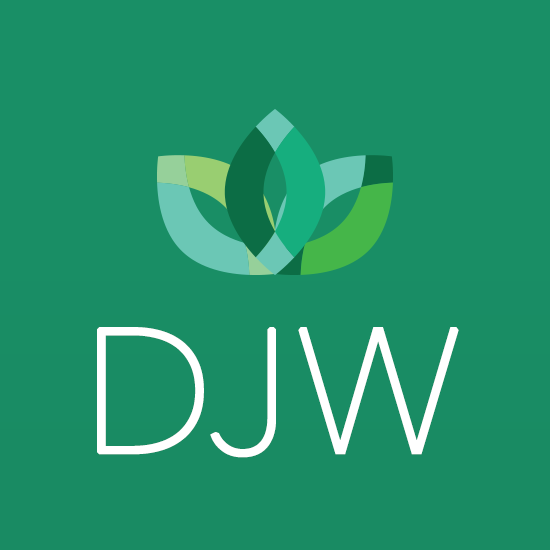